The Doctrine of Demons

The next part of our study is on demons; there is actually a doctrine of demons that we need to be aware of. We know that satan was once an angel, but he chose to challenge God’s authority and wanted to be like God. Because of his rebellion he and his minions were cast out of Heaven and became what we know as demons. It is important for us to understand who they are and the havoc that they wreak on this earth, and that we must call on God’s power and protection from them.

From our previous study on satan, we learned that the devils have a ruler over them, beelzebub, the prince of the devils, satan. And they followed satan in rebellion against God – one third of the angels followed him in his revolt. They are fallen angels now known as devils.

The Devils Exist in Two Groups: I. Those that are Imprisoned in Chains in Darkness until the Judgment Day – 2 Peter 2:4 “For if God spared not the angels that sinned, but cast them down to hell, and delivered them into chains of darkness, to be reserved unto judgment;” Jude 6 “And the angels which kept not their first estate, but left their own habitation, he hath reserved in everlasting chains under darkness unto the judgment of the great day.” These devils are probably the angels referred to in 1 Corinthians 6:3 “Know ye not that we shall judge angels? how much more things that pertain to this life?” Why some of the devils are chained and others are obviously free is not known. We should just be thankful for this truth and that it is not any worse than it is. Devils are angels that sinned and left their first habitation whether free or bound.

II. Those that are Free and go About doing Demonic Work:

A. These will also end up in hell for that is why hell was prepared originally – Matthew 25:41 “Then shall he say also unto them on the left hand, Depart from me, ye cursed, into everlasting fire, prepared for the devil and his angels:” As we learned in earlier studies, hell was not created for man, but for satan and his minions.

B. They know that their time is coming – Matthew 8:29 “And, behold, they cried out, saying, What have we to do with thee, Jesus, thou Son of God? art thou come hither to torment us before the time?” They also know that their time is very short, therefore, as God’s children we must persevere and be diligent in sharing the Good News of Jesus’ Salvation for mankind.

C. They know that they shall be tormented in hell – Matthew 8:29, Revelation 20:10 “And the devil that deceived them was cast into the lake of fire and brimstone, where the beast and the false prophet are, and shall be tormented day and night for ever and ever.” It is their mission to take as many humans with them as possible to this place of eternal torment, because we are God’s beloved. Many are choosing to be deceived into believing that it will be an eternal party. God’s Word says it will be eternal torment, and God does not lie.

E. They are unwillingly subject to Jesus Christ – Mark 1:34 “And he healed many that were sick of divers diseases, and cast out many devils; and suffered not the devils to speak, because they knew him.” Matthew 8:30-32 “And there was a good way off from them an herd of many swine feeding. So the devils besought him, saying, If thou cast us out, suffer us to go away into the herd of swine. And he said unto them, Go. And when they were come out, they went into the herd of swine: and, behold, the whole herd of swine ran violently down a steep place into the sea, and perished in the waters.” They did not want to be cast into the “pit.” There are many more examples in God’s Word of Jesus casting out devils. This proves that when they attack us, we can call on the name of Jesus Christ to rebuke them, and they must flee.

2. Those who are not part of our fellowship can cast out devils by the name of Jesus Christ – Mark 9:38-40 “And John answered him, saying, Master, we saw one casting out devils in thy name, and he followeth not us: and we forbad him, because he followeth not us. But Jesus said, Forbid him not: for there is no man which shall do a miracle in my name, that can lightly speak evil of me. For he that is not against us is on our part.” See also Luke 9:49-50.

3. Those in our fellowship can cast out devils in the name of Jesus Christ – Matthew 10:8 – “Heal the sick, cleanse the lepers, raise the dead, cast out devils: freely ye have received, freely give.” See also Matthew 17:19-21, Mark 9:28-29. We must pray and fast for such miracles of deliverance.

5. Jesus himself cast out devils – Mark 1:39 “And he preached in their synagogues throughout all Galilee, and cast out devils.” It is Jesus and the power of His name that wins against these demonic forces. It is a supernatural and spiritual warfare.

F. They believe in God and tremble at the thought of Him – James 2:19 “Thou believest that there is one God; thou doest well: the devils also believe, and tremble.” Here again, very ironic indeed that some people call themselves atheists, while even those who they let deceive them know that God is real.

G. They love to control, indwell and possess bodies:

1. Humans, the phrase “possessed with devils” or “possessed of a devil” occurs 11 times in the Gospels – for example, Matthew 9:32 “As they went out, behold, they brought to him a dumb man possessed with a devil.”

2. Animals, 2000 swine – Mark 5:13 “And forthwith Jesus gave them leave. And the unclean spirits went out, and entered into the swine: and the herd ran violently down a steep place into the sea, (they were about two thousand;) and were choked in the sea.”

H. They some times inflict an individual in large companies:

1. Legion – Mark 5:2-13 “And when he was come out of the ship, immediately there met him out of the tombs a man with an unclean spirit, Who had his dwelling among the tombs; and no man could bind him, no, not with chains: Because that he had been often bound with fetters and chains, and the chains had been plucked asunder by him, and the fetters broken in pieces: neither could any man tame him. And always, night and day, he was in the mountains, and in the tombs, crying, and cutting himself with stones. But when he saw Jesus afar off, he ran and worshipped him, And cried with a loud voice, and said, What have I to do with thee, Jesus, thou Son of the most high God? I adjure thee by God, that thou torment me not. For he said unto him, Come out of the man, thou unclean spirit. And he asked him, What is thy name? And he answered, saying, My name is Legion: for we are many. And he besought him much that he would not send them away out of the country. Now there was there nigh unto the mountains a great herd of swine feeding. And all the devils besought him, saying, Send us into the swine, that we may enter into them. And forthwith Jesus gave them leave. And the unclean spirits went out, and entered into the swine: and the herd ran violently down a steep place into the sea, (they were about two thousand;) and were choked in the sea.”

2. Mary out of whom the Lord cast out 7 devils – Mark 16:9 “Now when Jesus was risen early the first day of the week, he appeared first to Mary Magdalene, out of whom he had cast seven devils.”

J. They can work miracles – Revelation 16:14 “For they are the spirits of devils, working miracles, which go forth unto the kings of the earth and of the whole world, to gather them to the battle of that great day of God Almighty.” Be very cautious about believing that all miracles are of God! If we truly know Jesus as our Saviour and keep our eyes on Him, we will not be deceived.

K. They teach false doctrines through false prophets as seducing spirits – 1 Timothy 4:1 “Now the Spirit speaketh expressly, that in the latter times some shall depart from the faith, giving heed to seducing spirits, and doctrines of devils;” To seduce means to deceive, cause to rove, to be an imposter – 2 Corinthians 11:3-4 “But I fear, lest by any means, as the serpent beguiled Eve through his subtilty, so your minds should be corrupted from the simplicity that is in Christ. For if he that cometh preacheth another Jesus, whom we have not preached, or if ye receive another spirit, which ye have not received, or another gospel, which ye have not accepted, ye might well bear with him.” Also verses 13-15 “For such are false apostles, deceitful workers, transforming themselves into the apostles of Christ. And no marvel; for Satan himself is transformed into an angel of light. Therefore it is no great thing if his ministers also be transformed as the ministers of righteousness; whose end shall be according to their works.” A good example of this is how it is so easy for anyone to become an ordained minister via the internet today. There are many calling themselves pastors, but deceiving people with lies such as, “It is okay to be homosexual; God made you that way.” They will stand before God and answer for their evil deceptions.

L. They are some times sacrificed to – Leviticus 17:7 “And they shall no more offer their sacrifices unto devils, after whom they have gone a whoring. This shall be a statute for ever unto them throughout their generations.” Deuteronomy 32:17 “They sacrificed unto devils, not to God; to gods whom they knew not, to new gods that came newly up, whom your fathers feared not.” Psalms 106:37 “Yea, they sacrificed their sons and their daughters unto devils.” 1 Corinthians 10:20 “But I say, that the things which the Gentiles sacrifice, they sacrifice to devils, and not to God: and I would not that ye should have fellowship with devils.” Be aware also that this still happens in our world today, because satan is harder at work today than ever before, as he knows his time is very short.

M. They are some times worshipped by man – Revelation 9:20 “And the rest of the men which were not killed by these plagues yet repented not of the works of their hands, that they should not worship devils, and idols of gold, and silver, and brass, and stone, and of wood: which neither can see, nor hear, nor walk.”

If you have not done so, please turn to Jesus now! He died that NONE should perish with satan. He patiently waits with open arms but for a short time now. Do not wait until it is too late! 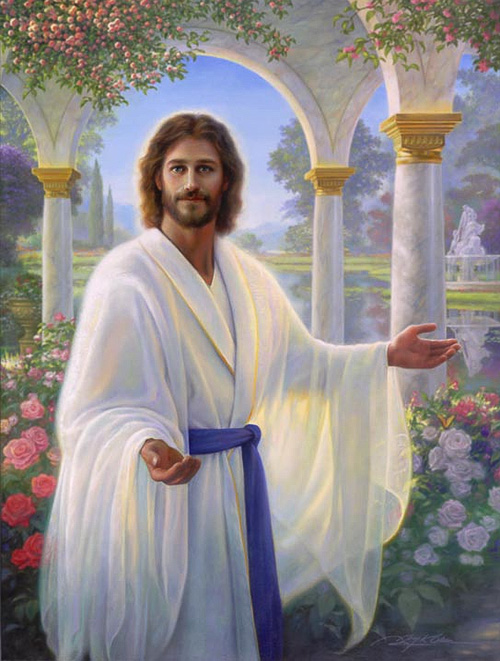 Posted by Anna on December 6, 2012 in Eschatology

8 responses to “The Doctrine of Demons”